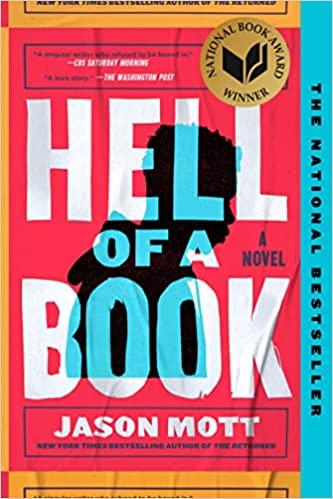 Join us for these upcoming book discussions at Wilmette Public Library.

In Jason Mott’s Hell of a Book, a Black author sets out on a cross-country publicity tour to promote his bestselling novel. That storyline drives Hell of a Book and is the scaffolding of something much larger and more urgent: Mott’s novel also tells the story of Soot, a young Black boy living in a rural town in the recent past, and The Kid, a possibly imaginary child who appears to the author on his tour. As these characters’ stories build and converge, they astonish. For while this heartbreaking and magical book entertains and is at once about family, love of parents and children, art and money, it’s also about the nation’s reckoning with a tragic police shooting playing over and over again on the news. And with what it can mean to be Black in America. Who has been killed? Who is The Kid? Will the author finish his book tour, and what kind of world will he leave behind? (From the publisher.)

Find a copy of the book here. Ebook and downloadable audiobook copies are available through Digital Library of Illinois or the Libby app. 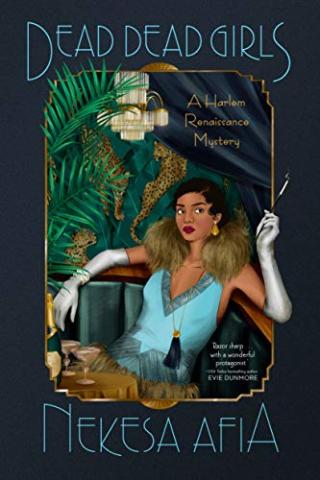 Following a harrowing kidnapping ordeal when she was in her teens, Louise is doing everything she can to maintain a normal life. She’s succeeding, too. She spends her days working at Maggie’s Café and her nights at the Zodiac, Harlem’s hottest speakeasy. Louise’s friends, especially her girlfriend, Rosa Maria Moreno, might say she’s running from her past and the notoriety that still stalks her, but don’t tell her that.

When a girl turns up dead in front of the café, Louise is forced to confront something she’s been trying to ignore—two other local Black girls have been murdered in the past few weeks. After an altercation with a police officer gets her arrested, Louise is given an ultimatum: She can either help solve the case or wind up in a jail cell. Louise has no choice but to investigate and soon finds herself toe-to-toe with a murderous mastermind hell-bent on taking more lives, maybe even her own...."

Place a hold on a copy of the book. Ebook and downloadable audiobook copies are available through Digital Library of Illinois or the Libby app.