Race shouldn't matter, but it does. Let's learn how to talk about it together.

Our new initiative, Let's Learn Together, provides a framework for families to engage with tough subjects. This year, we'll be working together to learn how to discuss race and the issues around it. Through literature, activities, and expert presenters, you will challenge your attitudes and biases around race and learn the language you need to talk about it openly with your kids. You can attend a family workshop, an adult or teen program, or borrow a take-home kit with family friendly books and activities.

What is Racial Literacy?

Racial literacy is a set of skills needed to talk thoughtfully about race and to identify and respond to racism. We invite you and your family to get curious about why race matters in our society and to build a vocabulary that allows you to address fairness, equity, and justice.

It is natural to feel hesitant about discussing complicated topics like race. A sense of vulnerability is appropriate when developing racial literacy skills. The process of interrupting racism and inequality requires us to excavate beliefs, ideas, and biases that are deeply embedded in our society.

For some, talking openly about race is unfamiliar, and many people feel uncomfortable or fearful about making mistakes. Developing a deeper awareness and understanding of racism involves critical reflection and humility.

For others, contending with race and racism is a fact of life. Members of the BIPOC (Black, Indigenous, People of Color) community deal with the repercussions of a racist social and political system in ways both big and small.

It is not the responsibility of BIPOC community members to instruct or empathize in this work. While Let’s Learn Together programming aims to deepen community connections, we acknowledge that each family’s context for racial literacy is personal and unique.

To begin this journey or to deepen your experience, Wilmette Public Library is here to provide resources and programs that support racial literacy at every level. Ask a librarian for book recommendations that are just right for your family. Join a Let’s Learn Together Family Workshop or adult program to spark new ideas and build community. Our programs and collections are constantly evolving as we learn together.

Continue your learning journey at home with a Let's Learn Together Kit. The kits offer a self-guided experience for talking about race with your kids. Each kit contains picture books and activities to help you talk thoughtfully about race with your family. They include books, a booklet with activities, guides and resources, and support items like puppets and games. 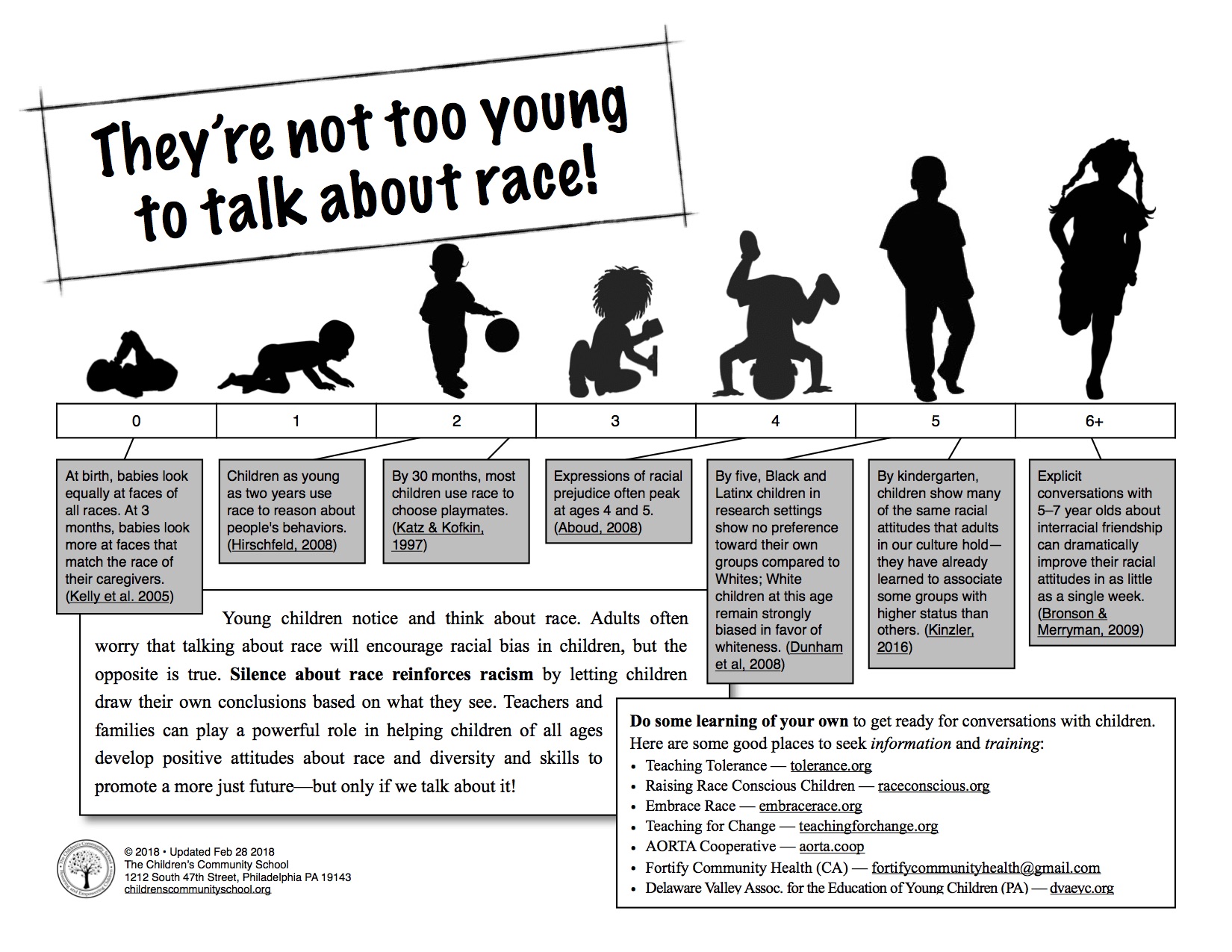 Children begin to develop individual and group identity early on but don’t have explicit language to talk about race. Without guidance, children internalize implicit and possibly harmful messages about race every day. Talking directly and honestly about race and racism helps children develop accurate and open-minded beliefs and critical thinking skills. 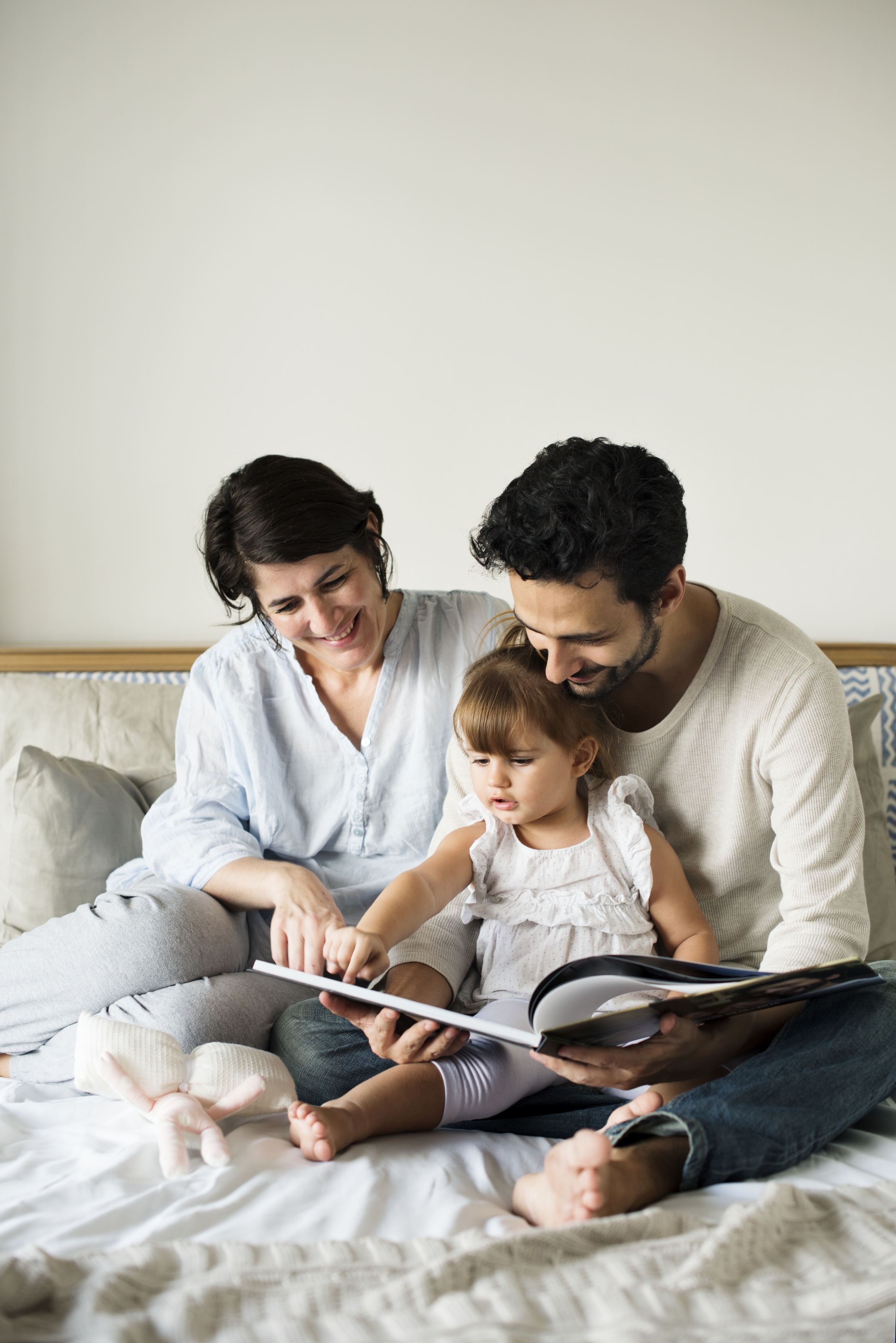 Get curious about why race matters in our society. This workshop is designed to give families the language and building blocks to talk about race and racism, fairness, equity, and justice. We'll use books and experiential activities to model and process skills in a meaningful and loving way. This workshop should be attended by parents and children together.

Using Picture Books to Talk to Kids about Race

In this interactive workshop, children’s librarians will demonstrate how picture books can be paired with prompts and activities to begin a practice of open and direct conversation about why race matters in our society.

In our new teen book club, we’ll eat pizza, play games, plan bookish community projects, and discuss how books of all genres reflect and influence the world around us.

Antiracism: The active practice of disrupting racism and working toward justice and equity. Antiracism requires consistent learning and unlearning.

Discrimination: Unfair treatment, usually based on prejudice against someone’s race, religion, sex, or other identities

Empathy: The ability to imagine how it feels to be someone else.

Implicit Bias: Unintentional and unconscious attitudes or stereotypes toward people in a certain group based only on their membership in that group

Prejudice: Judging or having opinions about a person or group of people before you know them

Race: A social and political construct that assigns humans to groups based on shared physical characteristics such as skin color. Race is not a biological category.

Racism: Prejudice against someone based on race, which is reinforced by systems of power.

Stereotype: A fixed set of ideas about a person or group that assumes all members of that group are the same. Stereotypes can be based on what we see in the media or on the opinions of someone we know or trust.

Systemic racism: When policies and practices are inherently racist and unjust

White domination: Centering white people as the dominant culture and standard or baseline.

White supremacy: The systems that give advantage to people with light skin