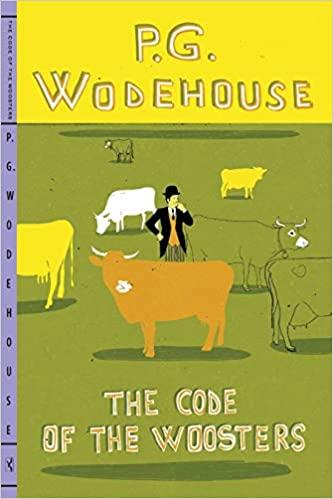 Join us for these upcoming book discussions at Wilmette Public Library.

Follow the adventures of Bertie Wooster and his gentleman’s gentleman, Jeeves, in one of the greatest comic novels in the English language. When Aunt Dahlia demands that Bertie Wooster help her dupe an antique dealer into selling her an 18th-century cow-creamer. Dahlia trumps Bertie's objections by threatening to sever his standing invitation to her house for lunch, an unthinkable prospect given Bertie's devotion to the cooking of her chef, Anatole. A web of complications grows as Bertie's pal Gussie Fink-Nottle asks for counseling in the matter of his impending marriage to Madeline Bassett. It seems Madeline isn't his only interest; Gussie also wants to study the effects of a full moon on the love life of newts. Added to the cast of eccentrics are Roderick Spode, leader of a fascist organization called the Saviors of Britain, who also wants that cow-creamer, and an unusual man of the cloth known as Rev. H. P. "Stinker" Pinker. As usual, butler Jeeves becomes a focal point for all the plots and ploys of these characters, and in the end only his cleverness can rescue Bertie from being arrested, lynched, and engaged by mistake! (From the publisher.)

Copies of the book can be found here. Ebook and eaudiobook copies are available through Digital Library of Illinois or the Libby app.

"The Three Death Sentences of Clarence Henderson is the story of Clarence Henderson, a wrongfully accused Black sharecropper who was sentenced to die three different times for a murder he didn’t commit, and the prosecution desperate to pin the crime on him despite scant evidence. His first trial lasted only a day and featured a lackluster public defense. The book also tells the story of Homer Chase, a former World War II paratrooper and New England radical who was sent to the South by the Communist Party to recruit African Americans to the cause while offering them a chance at increased freedom. And it’s the story of Thurgood Marshall’s NAACP and their battle against not only entrenched racism but a Communist Party—despite facing nearly as much prejudice as those they were trying to help—intent on winning the hearts and minds of Black voters. The bitter battle between the two groups played out as the sides sparred over who would take the lead on Henderson’s defense, a period in which he spent years in prison away from a daughter he had never seen.

Through it all, The Three Death Sentences of Clarence Henderson is a portrait of a community, and a country, at a crossroads, trying to choose between the path it knows is right and the path of least resistance. The case pitted powerful forces—often those steering legal and journalistic institutions—attempting to use racism and Red-Scare tactics against a populace that by and large believed the case against Henderson was suspect at best. But ultimately, it’s a hopeful story about how even when things look dark, some small measure of justice can be achieved against all the odds, and actual progress is possible. It’s the rare book that is a timely read, yet still manages to shed an informative light on America’s past and future, as well as its present."

Print copies of the book are available here. Ebook and eaudiobook copies are available through Digital Library of Illinois or the Libby app. 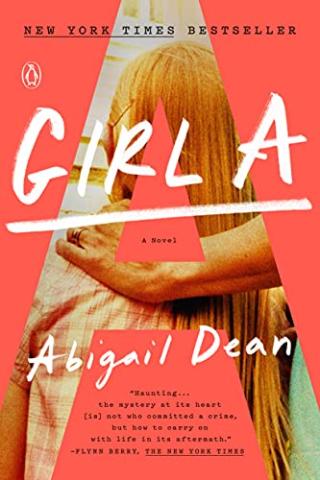 "Lex Gracie doesn't want to think about her family. She doesn't want to think about growing up in her parents' House of Horrors. And she doesn't want to think about her identity as Girl A: the girl who escaped, the eldest sister who freed her older brother and four younger siblings. It's been easy enough to avoid her parents--her father never made it out of the House of Horrors he created, and her mother spent the rest of her life behind bars. But when her mother dies in prison and leaves Lex and her siblings the family home, she can't run from her past any longer. Together with her sister, Evie, Lex intends to turn the home into a force for good. But first she must come to terms with her siblings--and with the childhood they shared.

What begins as a propulsive tale of escape and survival becomes a gripping psychological family story about the shifting alliances and betrayals of sibling relationships--about the secrets our siblings keep, from themselves and each other. Who have each of these siblings become? How do their memories defy or galvanize Lex's own? As Lex pins each sibling down to agree to her family's final act, she discovers how potent the spell of their shared family mythology is, and who among them remains in its thrall and who has truly broken free."

Place a hold on a copy of the book. Ebook and downloadable audiobook copies are available through Digital Library of Illinois or the Libby app.

Ebook and downloadable audiobook copies are available through Hoopla or the Hoopla app.