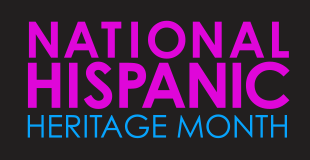 "Antonio Marez is six years old when Ultima comes to stay with his family in New Mexico. She is a curandera, one who cures with herbs and magic. Under her wise wing, Tony will probe the family ties that bind and rend him, and he will discover himself in the magical secrets of the pagan past-a mythic legacy as palpable as the Catholicism of Latin America. And at each life turn there is Ultima, who delivered Tony into the world...and will nurture the birth of his soul." -From the Publisher

In the Country We Love: My Family Divided by Diane Guerrero - Book | EBook

"In the Country We Love is a moving, heartbreaking story of one woman's extraordinary resilience in the face of the nightmarish struggles of undocumented residents in this country. There are over 11 million undocumented immigrants living in the US, many of whom have citizen children, whose lives here are just as precarious, and whose stories haven't been told. Written with bestselling author Michelle Burford, this memoir is a tale of personal triumph that also casts a much-needed light on the fears that haunt the daily existence of families likes the author's and on a system that fails them over and over." -From the Publisher

"The first-ever collection of short stories by Jaime Cortez, Gordo is set in a migrant workers camp near Watsonville, California in the 1970s. A young, probably gay, boy named Gordo puts on a wrestler’s mask and throws fists with a boy in the neighborhood, fighting his own tears as he tries to grow into the idea of manhood so imposed on him by his father. As he comes of age, Gordo learns about sex, watches his father’s drunken fights, and discovers even his own documented Mexican-American parents are wary of illegal migrants. Fat Cookie, high schooler and resident artist, uses tiny library pencils to draw huge murals of graffiti flowers along the camp’s blank walls, the words “CHICANO POWER” boldly lettered across, until she runs away from home one day with her mother’s boyfriend, Manny, and steals her mother’s Panasonic radio for a final dance competition among the camp kids before she disappears. And then there are Los Tigres, the perfect pair of twins so dark they look like indios, Pepito and Manuel, who show up at Gyrich Farms every season without fail. Los Tigres, champion drinkers, end up assaulting each other in a drunken brawl, until one of them is rushed to the emergency room still slumped in an upholstered chair tied to the back of a pick-up truck." -From the Publisher

"In the Dream House is Carmen Maria Machado's engrossing and wildly innovative account of a relationship gone bad, and a bold dissection of the mechanisms and cultural representations of psychological abuse. Tracing the full arc of a harrowing relationship with a charismatic but volatile woman, Machado struggles to make sense of how what happened to her shaped the person she was becoming. And it's that struggle that gives the book its original structure: each chapter is driven by its own narrative trope - the haunted house, erotica, the bildungsroman - through which Machado holds the events up to the light and examines them from different angles. She looks back at her religious adolescence, unpacks the stereotype of lesbian relationships as safe and utopian, and widens the view with essayistic explorations of the history and reality of abuse in queer relationships." -From the Publisher

"A mother and father set out with their two children, a boy and a girl, driving from New York to Arizona in the heat of summer. Their destination: Apacheria, the place the Apaches once called home. Why Apaches? asks the 10-year-old son. Because they were the last of something,answers his father. In their car, they play games and sing along to music. But on the radio, there is news about an "immigration crisis": thousands of kids trying to cross the Southwestern border into the US but getting detained - or lost in the desert along the way. As the family drives - through Virginia to Tennessee, across Oklahoma and Texas - we sense they are on the brink of a crisis of their own. A fissure is growing between the parents, one the children can almost feel beneath their feet. They are led, inexorably, to a grand, harrowing adventure - both in the desert landscape and within the chambers of their own imaginations. Told through several compelling voices, blending texts, sounds, and images, Lost Children Archive is an astonishing feat of literary virtuosity. It is a richly engaging story of how we document our experiences and how we remember the things that matter to us the most. With urgency and empathy, it takes us deep into the lives of one remarkable family as it probes the nature of justice and equality today." -From the Publisher

Hola Papi: How to Come Out in a Walmart Parking Lot and Other Life Lessons by John Paul Brammer - Book | Ebook | Downloadable Audiobook

"The first time someone called John Paul (JP) Brammer “Papi” was on the gay hookup app Grindr. At first, it was flattering; JP took this as white-guy speak for “hey, handsome.” But then it happened again and again…and again, leaving JP wondering: Who the hell is Papi? Soon, this racialized moniker became the inspiration for his now wildly popular advice column “¡Hola Papi!,” launching his career as the Cheryl Strayed for young queer people everywhere - and some straight people too. JP had his doubts at first - what advice could he really offer while he himself stumbled through his early 20s? Sometimes the best advice comes from looking within, which is what JP does in his column and book - and readers have flocked to him for honest, heartfelt wisdom, and more than a few laughs. In this hilarious, tenderhearted book, JP shares his story of growing up biracial and in the closet in America’s heartland, while attempting to answer some of life’s most challenging questions: How do I let go of the past? How do I become the person I want to be? Is there such a thing as being too gay? Should I hook up with my grade school bully now that he’s out of the closet? Questions we’ve all asked ourselves, surely." -From the Publisher

"After receiving a frantic letter from her newly-wed cousin begging for someone to save her from a mysterious doom, Noemí Taboada heads to High Place, a distant house in the Mexican countryside. She’s not sure what she will find—her cousin’s husband, a handsome Englishman, is a stranger, and Noemí knows little about the region. Noemí is also an unlikely rescuer: She’s a glamorous debutante, and her chic gowns and perfect red lipstick are more suited for cocktail parties than amateur sleuthing. But she’s also tough and smart, with an indomitable will, and she is not afraid: Not of her cousin’s new husband, who is both menacing and alluring; not of his father, the ancient patriarch who seems to be fascinated by Noemí; and not even of the house itself, which begins to invade Noemi’s dreams with visions of blood and doom. Her only ally in this inhospitable abode is the family’s youngest son. Shy and gentle, he seems to want to help Noemí, but might also be hiding dark knowledge of his family’s past. For there are many secrets behind the walls of High Place. The family’s once colossal wealth and faded mining empire kept them from prying eyes, but as Noemí digs deeper she unearths stories of violence and madness. And Noemí, mesmerized by the terrifying yet seductive world of High Place, may soon find it impossible to ever leave this enigmatic house behind." -From the Publisher

"Who are Latinos and where do they fit in America’s racial order? In this “timely and important examination of Latinx identity” (Ms.), Laura E. Gómez, a leading critical race scholar, argues that it is only recently that Mexican Americans, Puerto Ricans, Cubans, Dominicans, Central Americans, and others are seeing themselves (and being seen by others) under the banner of a cohesive racial identity. And the catalyst for this emergent identity, she argues, has been the ferocity of anti-Latino racism. In what Booklist calls “an incisive study of history, complex interrogation of racial construction, and sophisticated legal argument,” Gómez “packs a knockout punch” (Publishers Weekly), illuminating for readers the fascinating race-making, unmaking, and re-making processes that Latinos have undergone over time, indelibly changing the way race functions in this country. Building on the “insightful and well-researched” (Kirkus Reviews) material of the original, the paperback features a new afterword in which the author analyzes results of the 2020 Census, providing brilliant, timely insight about how Latinos have come to self-identify." -From the Publisher

"Captain Eva Innocente and the crew of La Sirena Negra cruise the galaxy delivering small cargo for even smaller profits. When her sister Mari is kidnapped by The Fridge, a shadowy syndicate that holds people hostage in cryostasis, Eva must undergo a series of unpleasant, dangerous missions to pay the ransom. But Eva may lose her mind before she can raise the money. The ship’s hold is full of psychic cats, an amorous fish-faced emperor wants her dead after she rejects his advances, and her sweet engineer is giving her a pesky case of feelings. The worse things get, the more she lies, raising suspicions and testing her loyalty to her found family. To free her sister, Eva will risk everything: her crew, her ship, and the life she’s built on the ashes of her past misdeeds. But when the dominoes start to fall and she finds the real threat is greater than she imagined, she must decide whether to play it cool or burn it all down." -From the Publisher