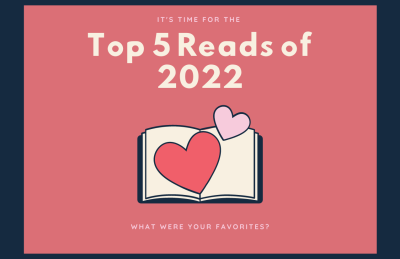 It's January, and the lists of 2022 best books from magazines, newspapers, and literary web sites have been making the rounds. Here are five of my personal favorite teen reads published in 2022. They range from realistically moving contemporary stories, to fast-paced thrillers, to politically-aware horror, to lyrical fantasy.

The Getaway by Lamar Giles

"Jay is living his best life at Karloff Country, one of the world's most famous resorts. He's got his family, his crew, and an incredible after-school job at the property's main theme park. Life isn't so great for the rest of the world, but when people come here to vacation, it's to get away from all that. As things outside get worse, trouble starts seeping into Karloff. First, Jay's friend Connie and her family disappear in the middle of the night and no one will talk about it. Then, the richest and most powerful families start arriving, only... they aren't leaving. Unknown to the employees, the resort has been selling shares in an end-of-the-world oasis. The best of the best at the end of days. And in order to deliver the top-notch customer service the wealthy clientele paid for, the employees will be at their total beck and call. Whether they like it or not. Yet Karloff Country didn't count on Jay and his crew--and just how far they'll go to find out the truth and save themselves. But what's more dangerous: the monster you know in your home or the unknown nightmare outside the walls?"--Dust jacket flap.

The Girl Who Fell Beneath the Sea by Axie Oh

"Deadly storms have ravaged Mina's homeland for generations. Floods sweep away entire villages, while bloody wars are waged over the few remaining resources. Her people believe the Sea God, once their protector, now curses them with death and despair. In an attempt to appease him, each year a beautiful maiden is thrown into the sea to serve as the Sea God's bride, in the hopes that one day the "true bride" will be chosen and end the suffering. Many believe that Shim Cheong, the most beautiful girl in the village--and the beloved of Mina's older brother Joon--may be the legendary true bride. But on the night Cheong is to be sacrificed, Joon follows Cheong out to sea, even knowing that to interfere is a death sentence. To save her brother, Mina throws herself into the water in Cheong's stead. Swept away to the Spirit Realm, a magical city of lesser gods and mythical beasts, Mina seeks out the Sea God, only to find him caught in an enchanted sleep. With the help of a mysterious young man named Shin--as well as a motley crew of demons, gods and spirits--Mina sets out to wake the Sea God and bring an end to the killer storms once and for all. But she doesn't have much time: A human cannot live long in the land of the spirits. And there are those who would do anything to keep the Sea God from waking... "-- From the publisher

All My Rage by Sabaa Tahir

"Lahore, Pakistan. Then. Misbah is a dreamer and storyteller, newly married to Toufiq in an arranged match. After their young life is shaken by tragedy, they come to the United States and open the Clouds' Rest Inn Motel, hoping for a new start. Juniper, California. Now. Salahudin and Noor are more than best friends; they are family. Growing up as outcasts in the small desert town of Juniper, California, they understand each other the way no one else does. Until the Fight, which destroys their bond with the swift fury of a star exploding. Now Sal scrambles to run the family motel as his mother Misbah's health fails and his father loses himself to alcoholism. Noor, meanwhile, walks a harrowing tightrope: working at her wrathful uncle's liquor store while hiding the fact that she's applying to college so she can escape him--and Juniper--forever. When Sal's attempts to save the motel spiral out of control, he and Noor must ask themselves what friendship is worth--and what it takes to defeat the monsters in their pasts and the ones in their midst"--Dust jacket flap.

The Sunbearer Trials by Aiden Thomas

"As each new decade begins, the Sun's power must be replenished so that Sol can keep traveling along the sky and keep the evil Obsidian gods at bay. Ten semidioses between the ages of thirteen and eighteen are selected by Sol himself as the most worthy to compete in The Sunbearer Trials. The winner carries light and life to all the temples of Reino del Sol, but the loser has the greatest honor of all they will be sacrificed to Sol, their body used to fuel the Sun Stones that will protect the people of Reino del Sol for the next ten years. Teo, a 17-year-old Jade semidiós and the trans son of Quetzal, goddess of birds, has never worried about the Trials... or rather, he's only worried for others. His best friend Niya daughter of Tierra, the god of earth is one of the strongest heroes of their generation and is much too likely to be chosen this year. He also can't help but worry (reluctantly, and under protest) for Aurelio, a powerful Gold semidiós and Teo's friend-turned-rival who is a shoo-in for the Trials. Teo wouldn't mind taking Aurelio down a notch or two, but a one-in-ten chance of death is a bit too close for Teo's taste. But then, for the first time in over a century, Sol chooses a semidiós who isn't a Gold. In fact, he chooses two: Xio, the 13-year-old child of Mala Suerte, god of bad luck, and... Teo. Now they must compete in five mysterious trials, against opponents who are both more powerful and better trained, for fame, glory, and their own survival." -- From the publisher

How to Survive Your Murder by Danielle Valentine

"Alice Lawrence is the sole witness in her sister’s murder trial. And in the year since Claire’s death, Alice’s life has completely fallen apart. Her parents have gotten divorced, she’s moved into an apartment that smells like bologna, and she is being forced to face her sister’s killer and a courtroom full of people who doubt what she saw in the corn maze a year prior. Claire was an all-American girl, beautiful and bubbly, and a theater star. Alice was a nerd who dreamed of becoming a forensic pathologist and would rather stay at home to watch her favorite horror movies than party. Despite their differences, they were bonded by sisterhood and were each other’s best friends. Until Claire was taken away from her. On the first day of the murder trial, as Alice prepares to give her testimony, she is knocked out by a Sidney Prescott look-alike in the courthouse bathroom. When she wakes up, it is Halloween night a year earlier, the same day Claire was murdered. Alice has until midnight to save her sister and find the real killer before he claims another victim." -- From the publisher

What were your favorite 2022 reads?