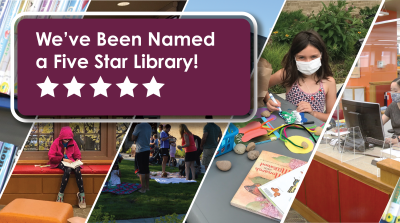 “We are delighted to again receive this recognition of our commitment to excellent service,” says Anthony Auston, Library Director. “The Wilmette and Kenilworth community’s continued support and enthusiasm for our Library inspires us to continue to reach higher. We are honored to be a valued and trusted local resource and to be nationally recognized for it.”

For more information about the ratings and Wilmette Public Library’s five-star status, read the full article from Library Journal.